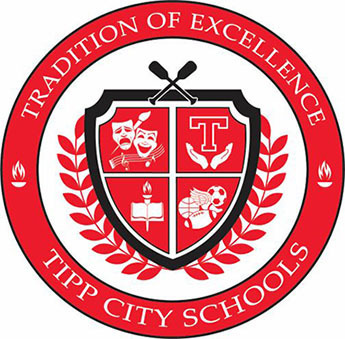 Tipp City Schools is aware of concerns regarding a student's threats against a classmate and Tippecanoe Middle School.  We are also aware that parents are questioning why they weren't provided information by the district.

When the district first learned of a student’s threat against another student, the administrative team followed disciplinary procedures and levied consequences, which included removing the student from the campus.  The district also filed a police report and notified the parents of the student who was threatened.

Student disciplinary records, however, are protected as education records under the Family Education Rights and Privacy Act of 1974, commonly referred to as FERPA.  Although FERPA allows the district to release student information without parental consent in limited circumstances, FERPA does not allow a school district to release a student’s educational information, including disciplinary consequences, unless the parent has consented in writing to such release.  As such, it is unlawful for the district to disclose the name of a student who has been disciplined or describe that discipline.

The safety of our students and staff is the primary concern of the district. We have taken the following steps to ensure the district maintains the highest safety level for our students:

*We are utilizing district administrators for extra supervision at schools during arrival and dismissal times.

*We are discussing with the Tipp City Police Department an increase in police presence at our school sites during arrival and dismissal times and throughout the day. We will inform the community when this plan is finalized.

*We will continue to assess our current safety plans and revise them as necessary.

The district does not take threats or threatening language lightly.  As mentioned above, consequences have occurred related to this incident.  At any point, with this incident or any incident, if student and staff safety is at risk, we will close schools and cancel classes. If any community member becomes aware of threats against the district’s students, employees, or others, please notify a district administrator immediately.

I appreciate those who have contacted me with concerns and suggestions.  Although I have not replied to all emails, I will respond as soon as possible.

Unfortunately, the district’s phone system is still down.  The issue is an external problem with Frontier and a damaged line on a utility pole.  Since this outage has extended into a second day, we are working to provide an alternate phone number for each school as soon as possible.

I apologize for the delay in disseminating this information as I worked to confirm some of the details in the content.